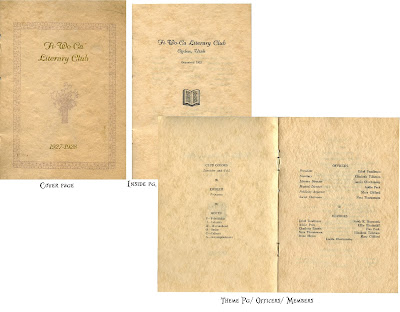 Fi-Wo-Ca was a Literary Club that my Grandmother and Great Grandmother was a member of when they moved from Salt Lake City to Ogden.  It was organized in 1923 in Ogden.  What a fascinating discovery! I love this woman's club.
This is a program for the year's 1927-1928 in which Grandmother Ethel was President.    The Club would start in late September and would meet twice a month until the first week in June.  A lot of thought and preplanning was done then a  little booklet for the literary year would be printed for all members that I would guess would be given to the members at the first meeting.  I have several of them and they are so well done.
I have scanned all the pages of 1927/28 program; cover page; inside page - states the year is was organized; the next inside page's states the
CLUB COLORS
Lavender and Gold 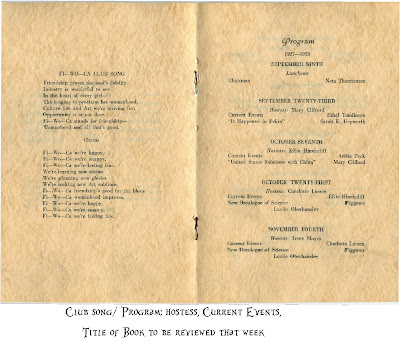 Fi-Wo-Ca Club Song
Friendship proves the soul's fidelity
Industry is wonderful to see
In the heart of every girl-
The longing to proclaim her womanhood.
Culture fine and Art we're striving for.
Opportunity is at our door.
Fi-Wo-Ca stands for friendship-
Woman hood and all that's good. 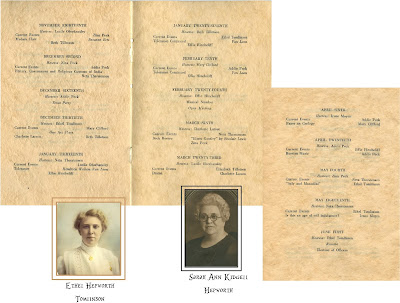 Members of this club would take turns in meeting in their homes so the first name on the program for each month would be the HOSTESS; (name)
next, CURRENT EVENTS;  (name)
Title of the book to review or music or plays or drama  (name)

I must list what was being discussed during this literary year, it is so interesting!

"It Happened in Pekin"  (this one was reviewed by Great Grandmother Sarah K. Hepworth)
"United States Relations with China"
New Decalogue of Science by Wiggins
New Decalogue of Science (continued)
"Madam Clair" by Susanne Ertz
"History, Government and Religious Customs of India"
Christmas Party
"One Act Plays"
"Tolerance"  by Hendrick Wellem Van Loon
"Tolerance" (continued)
"Tolerance" (last part)
Musical Number  (Open Meeting)
"Elmer Gantry"  by Sinclair Lewis
Drama
Paper on Geology
Russian Music
"Italy and Mussolini"  (this was given by Grandmother Ethel)
'Is this an age of self indulgence?"
Last meeting in June was Resume and  Election of Officers.

What a variety of topics for discussion.  I found in the Ogden Newspaper under 'SOCIAL" a writeup on the meeting after each one that included how the hostess decorated the tables and what was served for refreshments.  I hope you took  note in the song the line "friendship's good for the blues/ womanhood improves."


I will sign off with one of my favorite FAMILY HISTORY QUOTES.
"Knowing who our family
WAS
Reveals part of who we
ARE."

Posted by Renée TOMLINSON PETERSEN at 10:03 AM No comments: 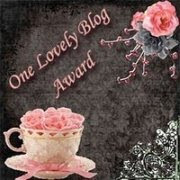